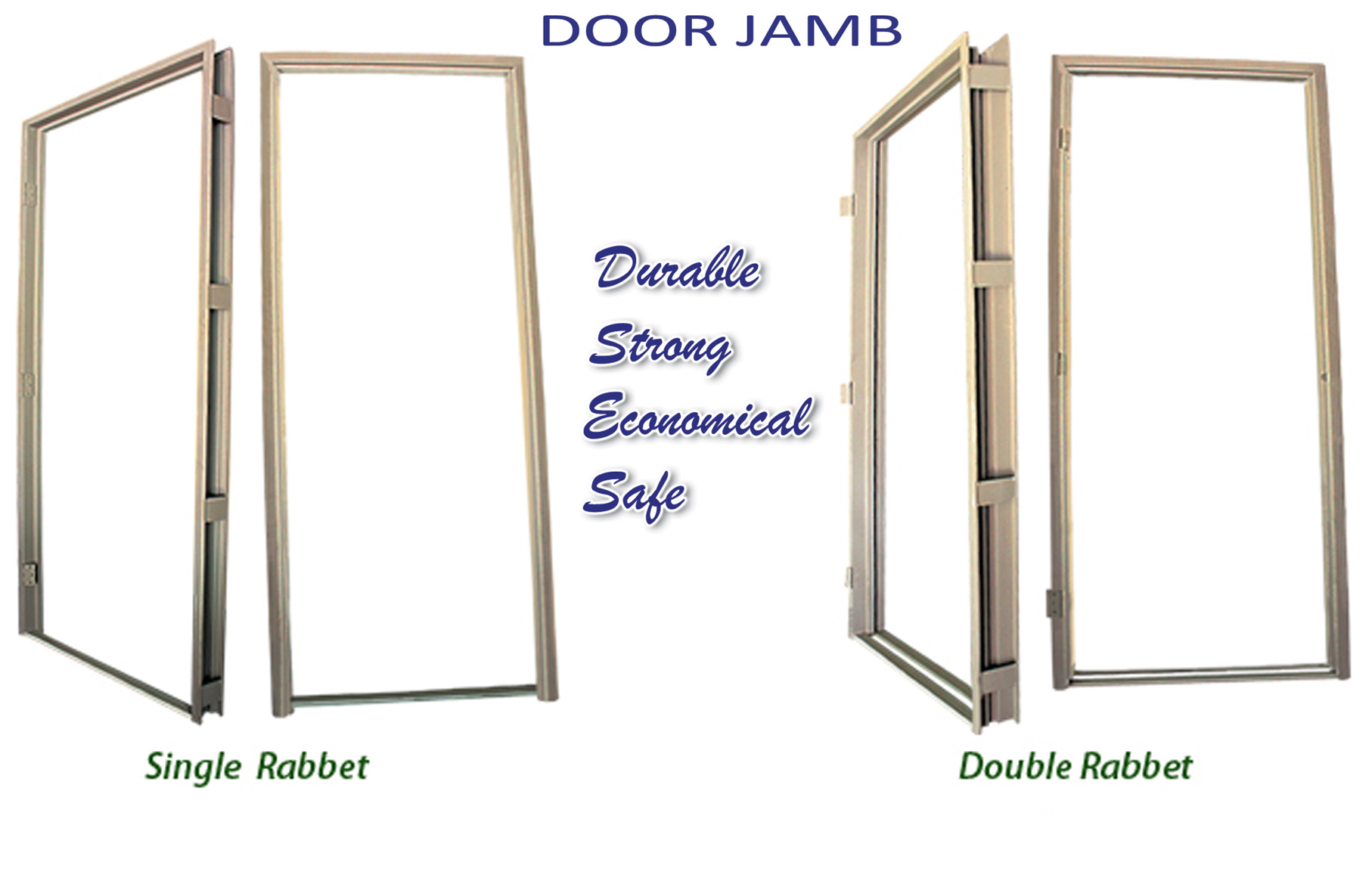 Doors – they keep us safe, they separate our indoors from the outdoors, and they deflect any unwanted dust or germs circulating outside. It doesn’t matter what type of home you live in; it will always have doors to enable its inhabitants to enter and exit at will. Of course, only the legitimate inhabitants are allowed to do so as they please, while guests have to ask for permission from the owners themselves, unless they want to be called out for trespassing. Usually made of wood, doors are a basic part of a house. We’re willing to bet that you haven’t seen one house in your lifetime which doesn’t have its own entrance and exit. All houses and structures have their own doors.

With that being said, it would only be appropriate to discuss a major part of your home which keeps your doors in place, yet somehow, goes unnoticed most of the time. We are talking about door jambs (or simply, jambs). As with all other home parts, they serve a particular purpose and should be of top quality.

What are door jambs?
A doorjamb, door jamb, or jamb is the strong frame of the door attached to the building or structure. The jamb bears the weight of the door through its hinges, and most types of door latches and deadbolts extend into a recess in the doorjamb when engaged, making the accuracy of the plumb (i.e. true vertical) and strength of the doorjambs vitally important to the overall operational durability and security of the door. If you think your locks are important in keeping your home safe from thieves, just imagine if the jamb itself were to be tampered, your whole door may fall off, thus, giving pretty much an open access to anyone hoping to get an easy score in your home. Luckily, modern door jambs can withstand any tampering thrown at it.

What are door jambs normally made of?
Most houses have wooden doors, so it would only be fitting that the jamb itself would also be made of wood. It makes it easier to adjust and affix the door itself once construction of the house has begun. This isn’t to say that jambs will always be made of wood, as it turns out, modern door jambs are actually made of galvanized steel. You may think that galvanizing the jamb would be useless, as it is a mere frame, and that the door is the main thing keeping your home and valuables safe from outside intruders, but consider this, if ever the steel jamb were to rust or to undergo erosion, wouldn’t you think that it would weaken the makeup of your doorway, overall? You are installing a door in your home for safety reasons, after all. It isn’t just for aesthetics, but rather, for its core functionality.

Is there only one type of door jamb?
There are actually two types of door jambs, a single rabbet door jamb and a double rabbet door jamb. Rabbets are grooves cut into the edge of a piece of machinable material. Single rabbet will hold a single door, while a double-rabbet can hold two doors of opposing egress; or one door and one screen door of opposing egress as well. Rabbets would give their form the strength that it needs to hold the entirety of the door itself.
Remember, a jamb should be able to make your doorway tamper-proof, making your indoors safe from thieves.

Both single rabbet and double rabbet door jambs are well-recommended for those who are looking to secure their homes and valuable possessions.

Just in case my door jamb needs replacing, what do I need to do?
Remember when we said that the door jamb itself would keep the door in place? If ever something severe were to happen and you’d need to replace your door jamb, you may need to replace the whole door frame then. Replacing a door jamb may not be as simple as replacing a lightbulb. Door jambs are attached to the main door itself, connecting it to the frame and securing them both without any loose hinges. If ever one of these vital parts were to experience any damage, all may need to be replaced, as trying to fit a new door jamb to the old frame may not secure it as efficiently as before.

Normally, metal door jambs can be repaired in portion with good cutting and welding skills. It will make it good as new.

Replacing the whole assembly would be very rare, but if so, the replacement procedure will depend on how it was installed: it could either be metal-screwed or embedded in the cement. For those embedded, cutting disk or acetylene will do the job of removing the old door jamb.

Now, you may think that door jamb replacements may cost you too much, since you would need to replace everything in one go. But don’t worry, as we’ve mentioned before, modern door jambs are durable and are made up of top-quality materials. The odds of you having to replace a door jamb within a decade is way too low. Of course, if you were to add extreme weather and calamities to the mix, the odds may change in the long run, but if you’re just going to factor in heavy wind and rain, you’re definitely safe from expenses.

Are door jambs customizable?
Where can I avail one when the need arises? This would be best answered by the construction supplies company that you are coordinating with. Just a few decades ago, most door jambs were made of wood, but with recent innovations, you may find galvanized door jambs which can withstand any form of weather. With such development, the option of having a customizable door jamb may not be far off. You might even be presented with options, with regards to the jamb type and color that may match with the overall aesthetic of your home. Union Galvasteel has their own selection of door jambs (single and double rabbet). Feel free to visit their website for more information: https://www.ugc.ph/product/door-jamb/.

Benefits of Choosing Insulated Roofing for Your Home

Making Your Roof Ready for the New Year