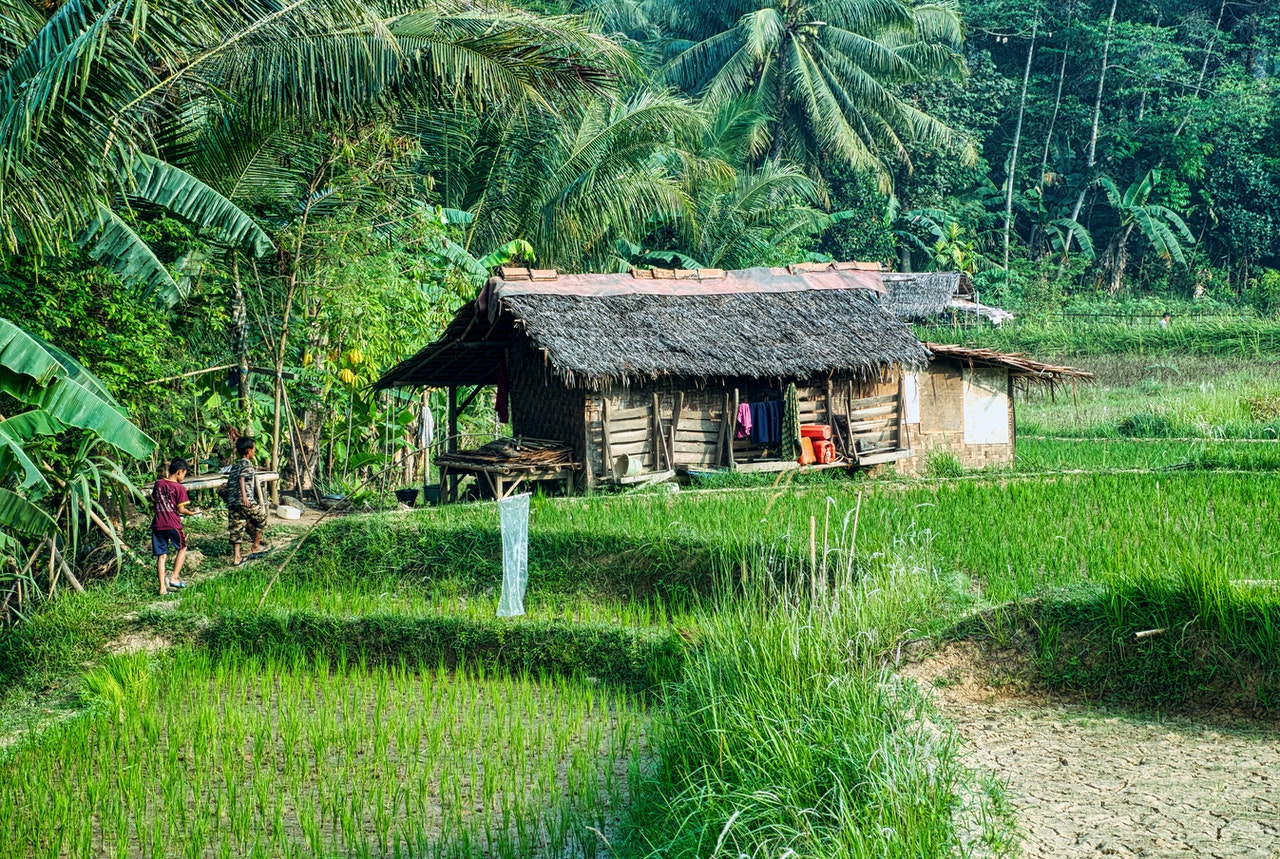 To find or build shelter was one of the first skills of humanity, and the most important component of any shelter is the roof. It is the part that protects the inhabitants from the elements. Both buildings and roofs began to evolve as people progressed.

Let’s take a more in-depth journey through the history of roofing, and how it has evolved through the years and across various continents. We’ll also learn more about how it influenced the current roofing types in the Philippines.

How Roofing Evolved in Asia and Africa

We’ll start with the dawn of civilization in Africa. It’s easy to believe that the early man slept under the stars, or in a cave where he was protected from the elements. Archaeologists, on the other hand, have discovered evidence of very early roofs built from a variety of materials, including animal parts, wood, rocks, and clay.

Early humans had to make do with whatever roofing materials they could find in their environment. In many parts of ancient Africa, mud and straw roofs were common. Wood was also be used, although it was frequently used in conjunction with another substance, such as mud or woven fibers, to fill up the gaps. Primitive homes, such as wattles and daub huts, were regularly built in this manner.

Heading over to the East, we’ll see that China has a lengthy history of building complex structures, with clay tiles purportedly being used as early as 3,000 BC. When the Chinese utilized clay roof tiles, it also marked the beginning of the evolution of roofing design.

Here in the Philippines, traditional houses were made from the nipa palm, which made roofs impervious to rainfall. In areas that frequently experience typhoons, such as Batanes, thick limestone and coral walls are used, making the roofs sturdy enough to withstand strong winds.

The Evolution of Roofing in the West

Over to the West, thatched roofs were first popular in most parts of Western Europe, though they were soon replaced by wooden shingles. Tiles did not become popular in Europe until the Ancient Greek and Roman civilizations. In the first century A.D., slate and tile were used by the Roman and Greek civilizations.

True advancements in the evolution of roofing came in the twelfth century during the reign of King John of England. To help prevent fires in increasingly overcrowded cities, laws were passed that commanded citizens to replace their roofing with clay. The first mass-produced clay tiles were produced 600 years later, and concrete tile roofing was first used after a century.

Locally accessible slate or timber tiles were favored by Northern Europeans, with wood being especially popular for the roofs of Nordic churches. Slate remains popular today in Northern Europe and neighboring nations such as France.

In Southern Europe, however, roofs were traditionally made of baked clay, giving that distinctive Terracotta look of Spanish and Mediterranean architecture. Concrete tiles that were painted red were employed as a low-cost option by the early 1900s. As the number of styles and colors increased, tiles spread to other parts of Europe. The roof tiles crossed the Mediterranean sea, reaching other countries via the French Riviera.

Roofing in the US and the Rise of Modern Roofing

Since thatch had become popular in Britain as early as 735 AD, it’s no surprise that the Englishmen who settled in America used the same material for their roofs. Thatch was manufactured from sugarcane leaf. It was a less expensive option than tiles, and because the materials were easy to source and build, thatching remained popular among Europeans who ventured to America until the 18th and 19th centuries. They insulated their primitive prairie huts through thatching and added a layer of sod. However, the thatched roofs were prone to leaking and even collapsed under severe rainfall.

This is why in the United States, roofs evolved similarly to those in Europe. Initial roof designs were determined by whatever materials were available and what the weather dictated in the early decades of settlement. While new technologies have made it possible for almost any roofing style to be utilized, those who migrated to the US tended to cherish their traditions, and still remained loyal to the classical styles.

Roofing in the Philippines

Asphalt shingles were created in the United States in the 1920s. Asphalt is made up of cellulose or fiberglass foundation, as well as particles such as mica, oyster shells, slate, and clay, all sealed using resins and polymer-modified bitumen. Asphalt shingles quickly became a mainstay for many American homes due to their ease of manufacture and installation. To improve their durability and improve their resistance to extreme weather conditions, various coatings, materials, and adhesives were also utilized.

Later on, metal also became a popular roofing material, since it is highly resilient and can be bent to fit any shape. However, metal roofs used to be very expensive. As a result, they were first only used by the wealthy or in major structures such as temples and museums

Today, there are many options for metal roofing, like copper and zinc. This is what led to the popularity of galvanized corrugated sheets in the Philippines. Also known as GI sheets, this type of roofing became an inexpensive option for houses rebuilt after World War 2.

Present-day metal roofing can be versatile, beautiful, and highly durable, as well as highly energy efficient and recyclable, making it a great choice for today’s green building trend.

Modern roofing materials inherit the legacy of the past, combining the best elements of what has worked for centuries with the technology and trends of today. While the kind of roofing materials used today are still influenced by factors such as local climate, the availability of materials, and cultural preferences, buyers today have a lot more choices. Homeowners can choose among hundreds of shades and styles of ceramic or concrete tiles, for example. They can also opt for sloped roofing, or choose a more inexpensive roofing solution.

Today’s roofing products are engineered not only for economic factors but are also for durability and versatility. Many more affordable choices are available to homeowners and builders today. Whatever roofing solution you choose for your home, you can be sure that there’s a long history of human ingenuity, hard work, and craftsmanship behind it.

The Union Galvasteel Corporation (UGC) is the pioneer roofing contractor in the Philippines. UGC is also the current market leader in the manufacturing and distribution of roofing and galvanized building products in the country. We offer prepainted roof products, walling and cladding materials, insulated panels, building system components, and pre-engineered building structures. We also have many types of roofing accessories for various types of houses and buildings. We are committed to creating better lives for Filipinos, and sharing our love for excellent products and service! Contact us for more product and service information!

Photo by Tom Fisk and jimmy teoh from Pexels

What Is a Roof Flashing?

A Colorful Finish: The Advantages of Pre-Painted Roofing